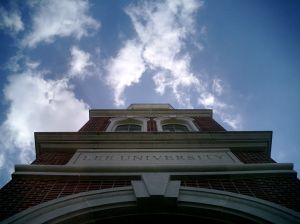 If you begin planning your child’s college education and saving for the expenses like most parents, this stage of the process usually begins long before your son or daughter has decided on a major.
There is a smattering of high school students who already know emphatically what they want to do with their futures before they even choose a college, but the majority still has questions when graduation rolls around.
Parent Responsibility
As a parent, you should encourage your child to give some thought to different college majors that interest them. You should not press or attempt to force your child to accept a major based on your own desires, nor should you apply pressure to get a decision within a short timeframe. The time to begin asking and offering suggestions is no later than the 10th grade.
About 1/3 to 1/2 of the courses a student takes in college relate to a major, so it is important to have some basic idea of what direction your child will take at the start of college.
In a 4-year college, a student doesn’t have to declare a major until the end of their sophomore year, but you’d prefer to avoid paying for classes that will have no relevance.
Having two majors due to uncertainty is a possibility at some colleges, but it makes academics harder for the student. Most often, the best choice is to have a major and a minor so that a switch can be made or graduate studies may be pursued.
There is some value in declaring late. The student has time to find areas of study that interest and challenge them.
A Difference in Career and Major
A college major does not always dictate what career the graduate will pursue, but accounting, nursing, or engineering, for instance, are trade specific majors that usually offer jobs within their general realms. Some majors have little to do with what profession is planned, only with preparing students for business futures. Many courses overlap and are required in numerous different and even unrelated majors.
Sometimes, in spite of how hard you work with your child to get an answer on a major, you will never arrive at anything concrete. You may consider a preliminary meeting between your student and an advisor to brainstorm and get a valued opinion on possibilities.
Don’t stress if your student is undecided even going into their freshman year. This is not uncommon and college advisors are trained and experienced in helping your student make the right choices. Everyone is different and the best decisions are those carefully thought through and evaluated carefully, even if it requires a little more time.

Three Ways to Ensure College Success for Your Child