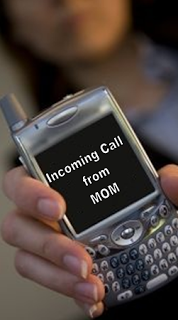 When all the preparations have been completed, moving has been accomplished, and the child has left for their first year of higher education, it soon settles in that your son or daughter won’t be at the table each night and won’t have to be called to get up in the morning. The fact is that nothing about the relationship with them will ever be the same again.
The hardest part of the initial separation between parent and college student is establishing lines of communication. For every parent-child relationship the conditions are different, but it is always important to have a feel for balancing contact from the parents’ side. This avoids the brand of the “helicopter parent” and establishes a healthy relationship with the child.
Know Who’s in Charge
A wise parent will be concerned with establishing communication with other people who will be instrumental in the further education of their child. Information regarding who these people are is often a part of the information received from the college. However, it is always good to confer with an advisor to come up with a contact list for emergencies or when the student is unexpectedly unavailable.
An important thing to remember is to only find out the ground rules, not continually call the contacts. Once you have a reasonable idea of what calls to make, don’t persist unless it is absolutely necessary.
Who Calls First?
It is also a good rule to allow the student to make the first call after leaving for college to show trust and give him or her time to settle into new surroundings. It can be hard waiting by the phone and very tempting to break the rule if the student seems remiss in calling. If the student has instructions to call by a certain time, a parent should make a call if that does not occur.
How a parent reacts to the comments of the child away at school has much to do with keeping the line of trust secure. The parent who constantly attempts to direct a child is usually the one that drives the student further away than just the physical miles. Making scattered suggestions instead of continual demands maintains a healthier relationship.
Finally, having routine times to call and visit on the phone is a good way to keep the family connection, but even that should not be so structured that the parent seems like the warden. Allowing the student to take the lead in instigating conversation shows confidence in their decision-making abilities.

Living With a College Roommate

What it takes to get into selective colleges and universities